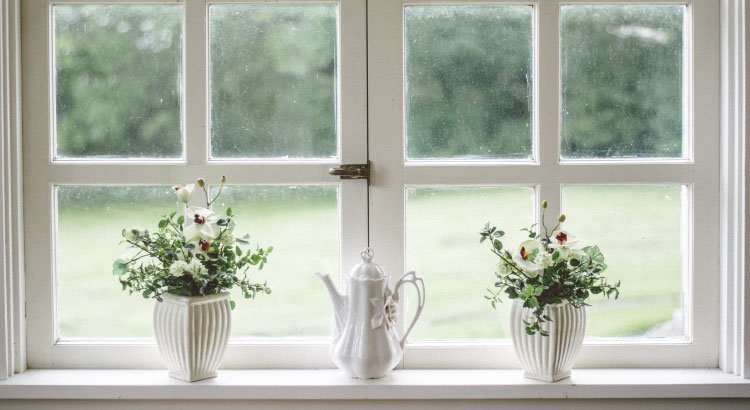 This post contains affiliate links. However, we strive to help you navigate the financial system with confidence, and our opinions are our own. Please read our advertising disclosure for more info.
Share
Tweet
Pin
Share
Buffer
Flip
15 Shares

We’ve all seen the headlines that the average American household doesn’t have enough money saved for an emergency and lives paycheck to paycheck. It’s a sad reflection of the fact that wages simply haven’t increased as the economy has grown, while average household expenses remain too high.

But with the U.S. being a top 10 country in terms of average income, where is all of that money going?

Let’s dig into where the average American family is spending their money and what they could possibly do turn things around.

To begin, the U.S. Bureau of Labor Statistics publishes the average expenditures and income for households.

The most recent data published was for 2017 since it takes a lot of time to tabulate the data for an entire country.

You can see their data below.

The first thing that jumps out is the average income before taxes of $73,573, which is higher than I expected it to be.

It’s important to note that this is before taxes, so unfortunately, that means that the average household isn’t actually bringing home over $70K in cash every year since a big chunk will go to taxes.

Protip: Update your W4 Form with your employer if you’d like to see your paycheck increase in size and have less taxes taken out. Over the course of the year you’ll pay the same amount in taxes, but you’ll get your money sooner so you can invest it right away instead of waiting for a refund the following year.

The Average Federal Tax Rate is 20.5% For U.S. Households

If you’ve ever started a a new job and were surprised by how low your paycheck was compared to what you were expecting, then you’re very familiar with the affect that taxes have on your income.

However, this only takes into account federal taxes. Once you take into account state level income taxes, even more money is taken out.

For this article, I used an estimated average state income tax of 4.5%. This brings the total tax rate for federal + state income income tax to a 25%. That’s ¼ of your income going straight out of your pay.

Once taxes are taken into account, this number drops to $55,180. If alarm bells aren’t going off in your head yet, they should be.

As you can see in the data table, the average annual expenditures are $60K, which means that the average family is spending more than they are earning.

That’s nearly $5K in the hole. The average American owes $6,354 on their credit card, so you’d think a household with at least two individuals would have closer to $13K in credit card debt alone. Add in a car loan, student loans, etc., and it’s clear that there’s a deficit.

You can see how state income taxes vary by state in the table below.

Now that we see that American families are spending roughly $5K more than they earn on an annual basis, let’s dive into the details to get a better picture.

For that reason, these spending categories need to be looked at more closely.

However, when you combine that with the 14.5% spent on non-shelter housing expenditures, it ads up to 36%, or over ⅓ of take-home pay. Ouch.

This means that Americans spend ⅔ as much on housing related expenses like utilities, housekeeping supplies, and furniture as they do on their actual rent or mortgage.

To me, this is an area where you can cut back drastically to save some real money.

Focus on taking shorter showers, spending more time outside so you aren’t at home with the lights on, and reading books instead of watching TV.

Doing things like turning the thermostat down when you aren’t home may seem tedious, but once you’re used to it, it becomes second nature. Doing these things also have secondary positive side-effects. For example, air drying more of your laundry will make your clothes last longer and leave your colors more vibrant.

Consuming less energy in general is better for the environment as well. So you’ll not only be helping your bank account, but also your neighborhood and planet earth.

The point to all of this is that a lot of small changes and small savings will add up to a meaningful amount when you combine them. It may seem silly to save $50 a month, but when you do it repeatedly and then over a long period of time, it will mean tens of thousands of dollars easily.

Put simply, our country has a car problem.

Look, I don’t have anything against nice cars. But when your vehicles are costing you 17.4% of your take-home pay, it’ll make it extremely hard to save and invest your money.

A vehicle loses value quickly and you don’t need to spend $38,000 in order to get a safe and reliable car that can get you and your family around comfortably.

The average household is spending $798 on transportation. This likely includes more than one vehicle. But even after taking insurance, gas and maintenance into account, it’s a lot to be spending considering they are spending more than they are making each month.

If you are in need of a new vehicle, consider shopping used. You can buy a pre-owned car for a fraction of the price. An older car will also mean you’ll spend less on insurance, and you’ll also feel less obligated to wash it regularly which will also save you money.

You’ll also want to pay attention to the gas mileage before you buy a car. If you drive 12,000 miles per year (a pretty standard amount), the difference between 23mpg and 28mpg would be $250-$350 depending on the price of gas.

If you are dead set on leasing a new car, at least make sure you know how to get the best deal possible.

$644 in food per month for a family comes out to about $150 per week in food. Depending on where you shop, $150 at the grocery store might only buy you a handful of items. On the other hand, it can get you a whole LOT of food.

If you like to dabble in fine dining, then $150 might get your family a single meal. However, spending $644 per month on food for a household is not very frugal. And if you are trying to find ways to save on food this is a big one.

Most households will be able to cut out $25 per week by creating their weekly menu based off of the items on sale (make sure you review the circular for your locals stores), and cutting down on beef and other cuts of meat.

No, you don’t need to be a vegetarian, but eating fewer portions of meat during the week means you’ll be eating more fruits and veggies and your family doctor will be happy when they see your cholesterol dropping.

If you are wondering what making a few changes will do to the average family’s ability to save money and pay down debt, look below for an example.

You’ll see the original numbers next to the proposed numbers.

If you don't have your own budget, you can use this template to get started.

Now, is saving $864 per year enough for retirement?

No. But it is a great start.

To take the exercise further you can further cut expenses, or you can focus on increasing your income.

I am super excited about trying to increase your income because there’s no limit there. It’s tricky saving your way to financial freedom because you’ll need to always spend money on food, shelter, healthcare, etc.

But if you start a company or find a lucrative line of work, the sky is the limit when it comes to your earning potential. I am not delusional enough to think that anyone who works hard will become a multimillionaire, but picking up a few extra hours at work and earning some more money will go a long way to help the average household accelerate their ability to reach their financial goals and start investing.

Have you taken a look at your households expenditures to see how they compare to the average? Where are some areas where you are better that average or areas where you could use some extra work? Let us know in the comments below!