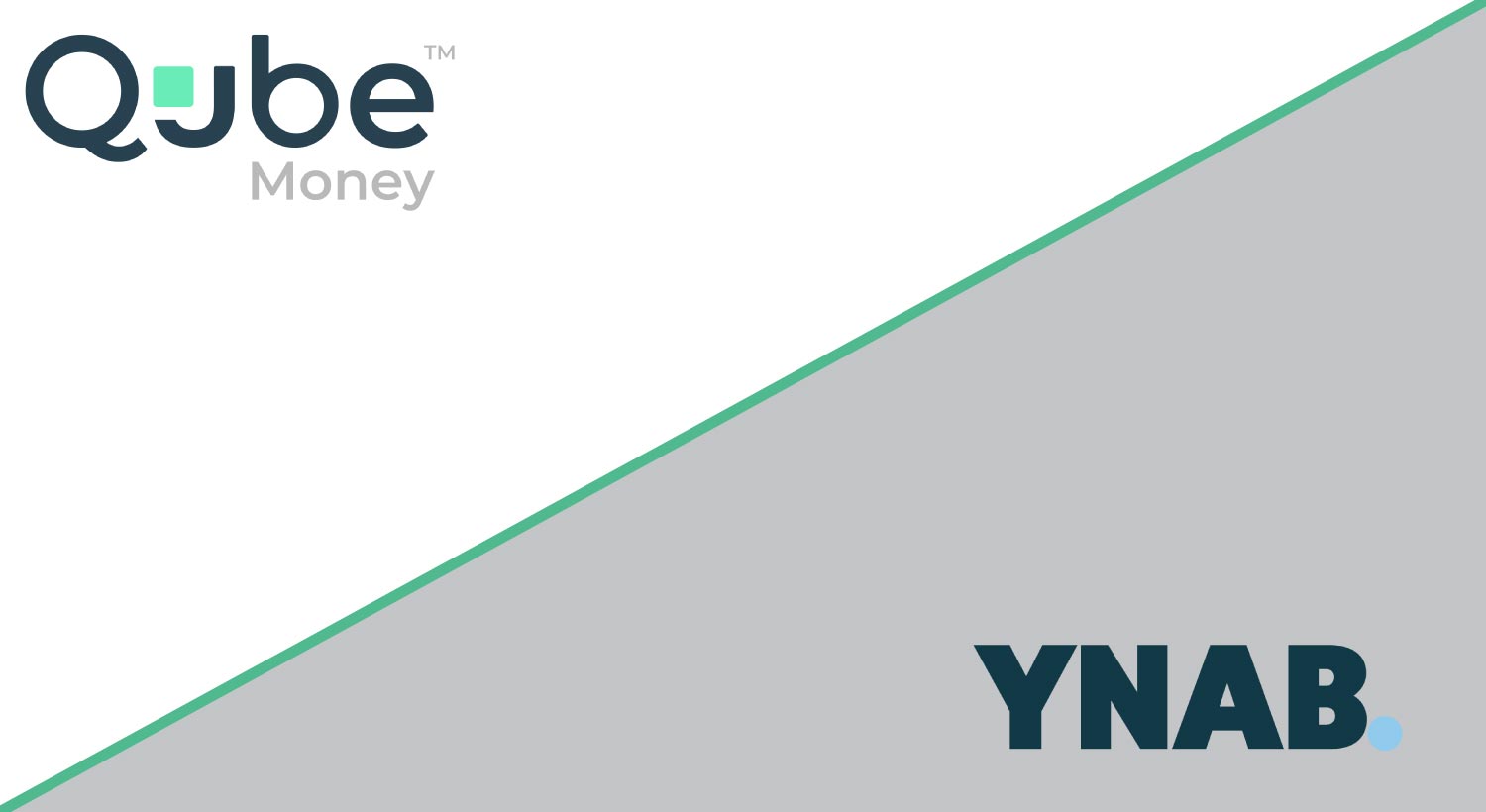 Personal finance is not a topic often taught to children at home or in schools. As a result, many young adults find themselves lost or simply unable to effectively manage their finances upon entering the workforce. Despite having an education and ample resources, many are living paycheck to paycheck.

While the reasons are complex and beyond this article’s scope, budgeting is a tried and true method of establishing solid financial footing. Instead of reacting to expenses as they arise (or as they are created), budgeting allows one to make a plan for each earned dollar ahead of time. Every single dollar has a purpose.

By creating a game plan for every dollar, you can ensure that you are also allocating money towards debts and savings instead of simply creating more debt to cover growing expenses.

Simply put, spending money is easy. Far too easy. It’s not hard to imagine how one could effortlessly spend their entire paycheck and then wonder where the money went at the end of the month. Actually, you probably don’t need to imagine it at all, because that’s how most people do it.

Needless to say, an unplanned expense or unexpected decrease in income is enough to shatter any sense of security.

Amongst the many premium budgeting services available, You Need A Budget (YNAB) has established itself as a favorite within the personal finance community.

Despite the success that many have had with YNAB, we’ve had readers write in and ask for help because they are still overspending despite having a solid budget in place. Have you ever struggled to stick to a budget? For those who struggle with sticking to their budget, a physical envelope system is a more rigid and literally tangible budgeting method.

When using a physical envelope budgeting system, one goes to the bank in person and withdraws all of the cash needed to cover their budgeted expenses for the month. The cash is then physically divided into each budgeting category (groceries, gas for the car, entertainment, etc.).

Once the cash runs out for any particular category, one has to wait until the following month to refill the envelope before spending any more money. If you are very disciplined, you won’t borrow money from one envelope if you overspend in another.

While this is undoubtedly a surefire way to prevent overspending, there is typically one complaint that many have shared: managing the cash and having to carry it around can be quite a hassle. It’s also cumbersome to track where you spend money unless you keep very detailed records and save receipts.

Qube Money is the new kid on the block when it comes to budgeting. Their product is the answer to those who want to stick with a strict envelope budgeting system but want to leave the cash behind. Before we get into the details, let’s learn a little more about each company to compare them and finally see which product is better.

So what is Qube Money?

Qube Money is unique in the budgeting sphere because it combines the power of digital envelope budgeting with the convenience of online/digital banking. Their technology allows you to spend money from each envelope (they refer to them as “qubes”) digitally. No cash necessary. Basically, it’s the cash envelope system for the digital age.

How does Qube Money Work?

Qubes are the digital envelopes that you allocate your money into each month. Instead of using real physical envelopes to distribute the cash, you divide up your checking account into individual “qubes,” which you can think of as sub-accounts of the primary checking account.

Before making a purchase using the Qube Money check card, you select which envelope you want the transaction to pull from and proceed through the transaction. The data then updates, and you see your new remaining balance.

Much like a physical envelope, if you don’t have enough money within a qube, you won’t be able to spend the money. There are no overdrafts, so the transaction will be declined if there are not enough funds in the allocated qube to cover the total.

To illustrate how this works, imagine you are standing in line at the grocery store. You have a cart full of food, and you have $300 allocated for your groceries for the month. While the cashier rings up the person in front of you, you pull out your phone and select your grocery qube. You move the 300 dollars over to the card, and you’re ready to go. Once your groceries are rung up, the total is $150. The transaction clears, and the remaining $150 is returned to your grocery qube for next time.

No logging is needed, as that transaction has already been attributed to the grocery store qube. It’s similar to logging transactions, except you’re logging them before the transaction rather than after.

This is an excellent feature because your budget will always be up to date. If you’re like me, you may sometimes forget to track an expense or update them weekly. Qube Money eliminates this aspect of digital budgeting, which isn’t often discussed.

How Much Does Qube Money Cost?

Qube Money has announced four plans. Your needs will dictate which plan is right for you. The “Basic” plan is free ($0) per month. This plan is an individual plan with 10 qubes.

The “Premium” plan includes the same services as the free plan but has additional features such as unlimited qubes and the ability to get more than one card if you share finances with a significant other/partner/spouse/etc. The premium plan is $8 per month.

A Family plan is $15 per month, and in addition to the features of the Premium plan, it allows you to add up to 10 kids accounts. There is an upcoming ‘chore tracking feature,’ which could be a motivator for task-oriented families. It’s clear that the app was designed with families in mind.

For $25 a month, a Platinum account gives you access to all of the features of the cheaper plans in addition to rewards, benefits through corporate partners, access to additional training, and a sleek metal card.

You Need A Budget (YNAB) was initially released in 2004 to help users break the cycle of living paycheck-to-paycheck. YNAB is like a digital envelope budgeting system in the sense that you bucket your money into groups. Not only do you budget for monthly expenses, but for future spending as well (car or home repairs, trips, etc.).

How Does YNAB Work?

YNAB is a budget and expense tracker that can integrate with banks to sync information and import transactions, but it does not offer banking services. You can also manually enter transactions.

While initially available for purchase as a stand-alone piece of software, YNAB eventually transitioned to a web-based service with a subscription. Seems like that’s how everything is nowadays.

Since YNAB is not affiliated with a bank, you can spend your money however you would like. Cash, credit, or debit. Doesn’t matter. Just track your transactions (or import them) and go from there.

The software allows you to see reports and track your net worth.

How Much Does YNAB Cost?

While both YNAB and Qube Money are envelope-style budgeting systems, I think the most significant difference is that Qube Money is wholly integrated with a bank, and YNAB is not.

If you struggle with sticking to your budget, Qube Money really behaves much more like a true cash envelope system. While you can work around your envelopes and spend more than you have, the system is designed to keep you on track. No guessing involved. You either have the money or don’t—no spending money and then trying to fudge the numbers or pull money from another category.

The fact that you have to open the app and see your remaining balance also acts as an accountability mechanism so that you are less likely to make an impulse purchase that you weren’t planning. We’ve all been on Amazon’s website and purchased something random that we didn’t need urgently. However, seeing that it’ll have to come from a qube you need for other things may just be enough of a deterrent to keep you from spending frivolously.

Another consideration is that since you’ll need to use your Qube card for purchases, you won’t be able to get the credit card rewards you might be used to. However, for anyone struggling to stick to their budget, that shouldn’t be a huge priority!

Again, Qube’s advantage here can’t be overstated; this can be a powerful tool in the sense that before each transaction, you are forced to open up the app and look at your balances. This constant reminder of your budget could be an underestimated influence on your attitude toward spending and maybe just what you need to curve your spending or alter your habits.

So Which is Better? Qube Money or YNAB?

Budgeting is very similar to dieting (sorry for the health-related analogy, but as a physician, I just can’t help myself). The most successful diet is the one you can stick to. Although following a 100% plant-based raw diet can help you lose weight and prevent chronic disease, it won’t work if eating that way is not sustainable for you.

Similarly, it doesn’t matter if cash envelope budgeting is the most effective way to curb unwanted spending if that’s not sustainable for you.

If you have tried budgeting on your own and had trouble sticking to it and not overspending, then Qube Money may be the perfect tool you need to take control of your finances.

Qube also has the ability to allow your children to learn how to spend responsibly since the family plan allows them to receive cards as well. Financial experts agree that the sooner children learn to manage money responsibly, the better their financial outcomes will be later in life.

On the other hand, if you can stick to your budget and want a robust budgeting system that can generate reports and calculate and track your net worth, then YNAB may be right for you.

Francisco Maldonado, MD is a personal finance expert who was raised in poverty by a single mother and had to learn everything about personal finance on his own. In addition to running  The Finance Twins with his twin brother, he’s been featured on Forbes, Business Insider, CNBC, US News, The Simple Dollar, and other top publications. Francisco is a physician who borrowed over $200,000 to pay for his medical training and understands debt payoff strategies and frugal living. He received his M.D. from the Mayo Clinic School of Medicine, the most selective medical school in the country, and a Bachelor’s degree in physiology from the University of Minnesota. He is currently a radiology resident at Northwestern University.