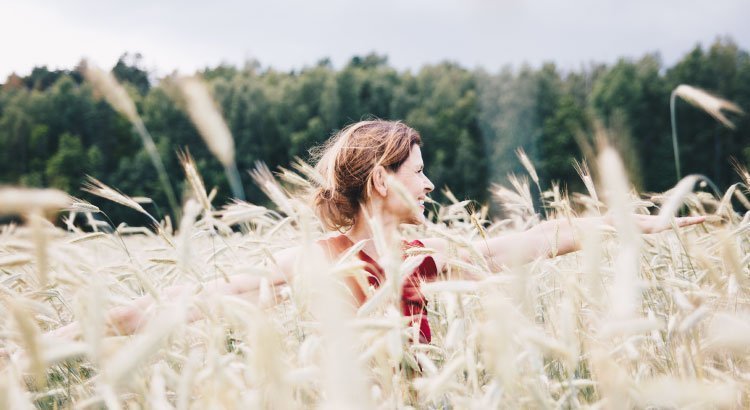 This post contains affiliate links. However, we strive to help you navigate the financial system with confidence, and our opinions are our own. Please read our advertising disclosure for more info.
Share
Tweet
Pin
Share
Buffer
Flip
344 Shares

We’ve all been conditioned from an early age to seek more. More things. More respect and prestige. And a lot more money.

But, what if I told you that money can’t buy happiness?

Research shows that after you have enough to cover the basic necessities in life, all of those extra things won’t bring you any extra long-term happiness. But we don’t even need the research to know that, because we have lived it ourselves.

You might be thinking that it’s easy for us to say that money can’t buy happiness because one of us is a doctor and the other has an M.B.A. from Harvard — both accolades with high expected salaries.

But we didn’t come from the typical background you’d expect — we grew up in poverty, raised by a widowed mom who struggled financially.

Growing up poor, we were fixated on eventually making a lot of money. Our childhood room had posters of Ferraris and Porsches plastered on the walls. We were convinced having money was the key to happiness.

We were embarrassed that we were poor and were determined to never feel that way again.

But when we stop and reflect on those early childhood years, we realize that while we barely had more than the clothes on our backs, we had an extremely happy childhood. Love, support, friends, we had it all.

This feeling of already having everything we needed was further confirmed when one of us had the chance to drive a friend’s Ferrari. A dream come true. Getting to fly on another friend’s private jet only further reinforced the fact that money can’t buy happiness. Getting an extremely high paying job on Wall Street wasn’t as fulfilling as we had hoped it’d be.

Were those experiences fun in the moment? Yes, they were incredible! They were what we had dreamt of as children. But that happiness always wore off. It was fleeting.

In fact, the memories of those experiences never bring us as much happiness as being reunited with our family and getting to share a meal together.

That 4-hour private jet ride was fun but by the end of the flight, I just wanted to land and get home.

As we prepared this article, we reflected on the most impactful things we’ve seen or read in order to help convey our message to you, and we kept coming back to the same two things.

The first was the famous Last Lecture by Randy Pausch.

A professor of computer science, he gave a lecture after he was diagnosed with pancreatic cancer and given only 3-6 months to live about achieving your childhood dreams. His lecture focused on important lessons like showing gratitude and never giving up.

Do you know what he doesn’t talk about? Money, being rich or wishing he could buy more things. Although he does mention the importance of emotionally rich experiences. All he really wished for was more time with his family.

The video is long, but it’s one of the most powerful lectures you will ever listen to. Actually. And it will be the most important thing you do this week. If it doesn’t change the way you view your life and the world, then honestly, we don’t know what will:

“So today’s talk was about my childhood dreams, enabling the dreams of others, and some lessons learned. But did you figure out the head fake? It’s not about how to achieve your dreams. It’s about how to lead your life. If you lead your life the right way, the karma will take care of itself. The dreams will come to you.” – Randy Pausch

Lessons Learned From Someone Who Knows Their End Is Near

The 2nd thing that has left its mark on us is the book Tuesdays With Morrie. It’s a memoir written by Mitch Albom in which he recounts his time spent with a former professor who is dying from ALS.

What started as a weekly chat to keep Morrie company, ended up being the most profound series of life lessons that changed his life (and ours) forever.

The book is filled with countless golden pieces of advice, but here are two of our favorites.

1. “Without love and family, we are like birds without wings.”

2. “Money will never bring you comfort like the people you love and their tenderness.”

Both are so true. Without finding love and meaning, you’ll have a void that money can’t possibly fill. It’s just a shame that sometimes, it takes a tragedy for those lessons to be learned.

One of us (Francisco) is a doctor, and through the years in medical school and residency, Francisco has talked with many dying patients, both young and old.

In his experience, it’s not the patient’s age that differentiates those who are at peace with their certain fate and those who would do anything for an extra day.

You see, regardless of their age, those that want more time, want and need it to repair broken relationships. Relationships with friends, siblings, children, and parents.

A common regret he has heard is not apologizing sooner and letting small disagreements tarnish relationships.

Not a single dying patient has ever mentioned wishing they would have worked more or had more material things. The lesson to be learned from these individuals is to prioritize relationships. Always apologize first.

Don’t let your pride get in the way. Even if you are “right”, it’s not worth losing a relationship over it. And lastly, when it comes time to face your mortality know that money and objects won’t matter.

So how do we reconcile this understanding that there are more important things than money, with the fact that our #1 goal with this site is to help you become wealthy and make smart money decisions?

Well, for one, life is expensive and not having enough to pay basic bills sucks.

Living paycheck to paycheck is miserable and exasperating.

Seeing our mom's debit card get declined at the grocery store felt humiliating. We still remember those times like they were yesterday.

So it’s important to set and reach financial goals, but NOT at all costs.

Don’t lose sight of what matters most. Don’t neglect your family for money. And don’t lose your marriage over it.

Use your money on experiences that will enrich your life instead of acquiring a ton of objects and possessions just for the sake of it.

In a couple of years, you won’t even remember the Yeezy shoes you spent $350 to buy. Or the ugly Gucci belt you thought was cool (‘money can't buy you class'!).

You only have one life and it’s a lot shorter than you realize. So go out and create the life you want. Take it one step at a time, and realize that while money is important, it’s not the most important thing.

Francisco Maldonado, MD is a personal finance expert who was raised in poverty by a single mother and had to learn everything about personal finance on his own. In addition to running his personal finance site, The Finance Twins, with his twin brother, his site has been featured on Forbes, Business Insider, CNBC, US News, The Simple Dollar and other top publications. Francisco is a physician who borrowed over $200,000 to pay for his medical training and understands debt payoff strategies and frugal living. He received his M.D. from the Mayo Clinic School of Medicine, the most selective medical school in the country, and a Bachelors degree in physiology from the University of Minnesota. He is currently a radiology resident at Northwestern University. You can contact Francisco here or via Instagram @thefinancetwins.

Francisco Maldonado, MD is a personal finance expert who was raised in poverty by a single mother and had to learn everything about personal finance on his own. In addition to running his personal finance site, The Finance Twins, with his twin brother, his site has been featured on Forbes, Business Insider, CNBC, US News, The Simple Dollar and other top publications. Francisco is a physician who borrowed over $200,000 to pay for his medical training and understands debt payoff strategies and frugal living. He received his M.D. from the Mayo Clinic School of Medicine, the most selective medical school in the country, and a Bachelors degree in physiology from the University of Minnesota. He is currently a radiology resident at Northwestern University. You can contact Francisco here or via Instagram @thefinancetwins.